Interesting and Fun Facts about Switzerland As one of the richest countries in the world today, Switzerland is the most popular education destination for international students who want to study and pursue a career after graduation. While the welfare standard of living in the country, low crime rate, high salary and stable economy are among the most important criteria for students, investments in education and innovation are also impressive. There are many well-known companies such as Nestle, Swatch, Novartis, Roche, Logitech, Rolex among the international companies where you can work in the country preferred by students who are planning to study in finance, chemistry and engineering. We will give you a little-known fact about Switzerland in this article. 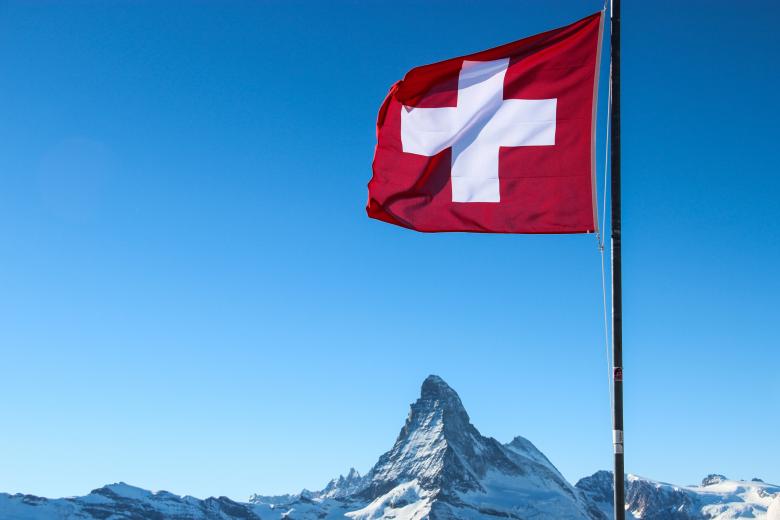 When talking about interesting information about Switzerland, it is easy to say that the flag of the country is not rectangular but square. You heard wrong, the Swiss flag has a square appearance that is typical of only two countries in the world. The flag is a flag placed on a red background with a white cross in the center. The other country with a square flag is the Vatican. Speaking of the Vatican, it should be noted that the Pope's personal bodyguards are Swiss. In accordance with a treaty signed in the 16th century, the task, which started with the Pope's request from Switzerland to protect him, has been going on for 500 years. The Swiss Guards must have certain attributes to protect the Pope. The guards who are the center of attention of tourists with their yellow, red, blue and orange clothes are Catholic, Swiss citizens, between the ages of 19-30, have served at least 2 years and up to 25 years, military service in Switzerland before coming to the Vatican. They must be at least 1.74 cm tall.

2.Not a Member of the European Union 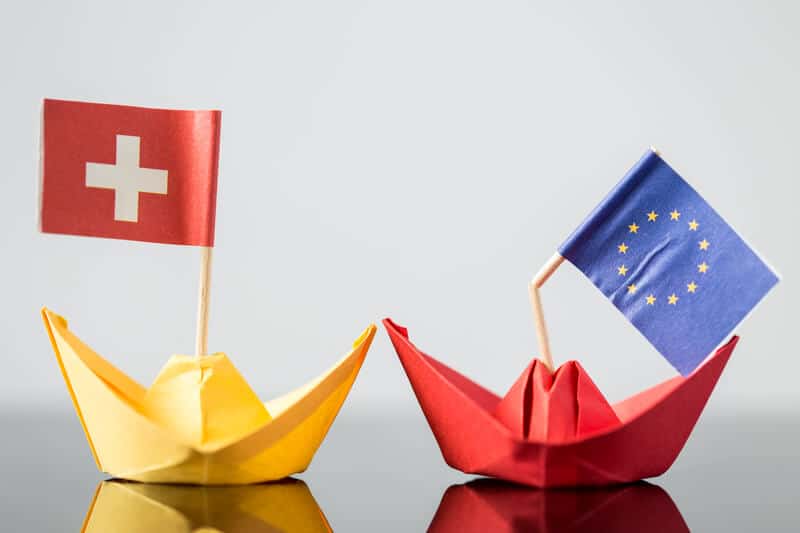 Contrary to popular belief, Switzerland is not a member of the European Union. The country, which implements a policy of neutrality in international relations, has not become a member although it has adopted most of the European Union membership rules. The currency in Switzerland is the Swiss franc, not the euro, and if you are traveling from EU countries, you can pay with euros in many places in tourist areas. You can travel from Switzerland within the Schengen area to EU member states without any problems. 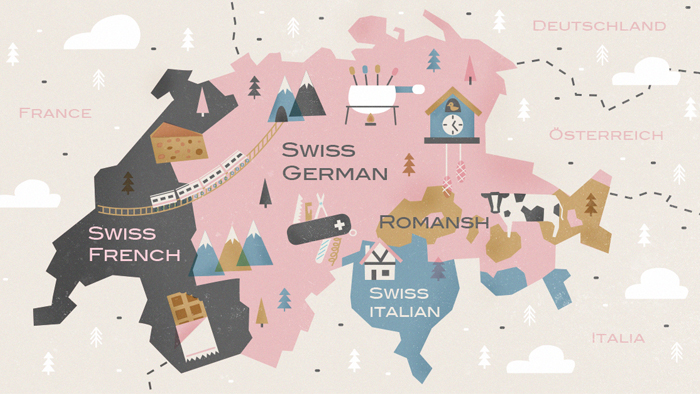 Switzerland is one of the rare countries in the world with four national languages. The country is divided into four main regions in terms of language and culture; German, French and Italian-speaking regions and Romanian-speaking rural settlements. Although the majority of the Swiss people speak German, it is not possible to speak of a Swiss nation that depends on a common language. English is also increasingly popular in the country, while it is spoken adequately by about 60% of the population. 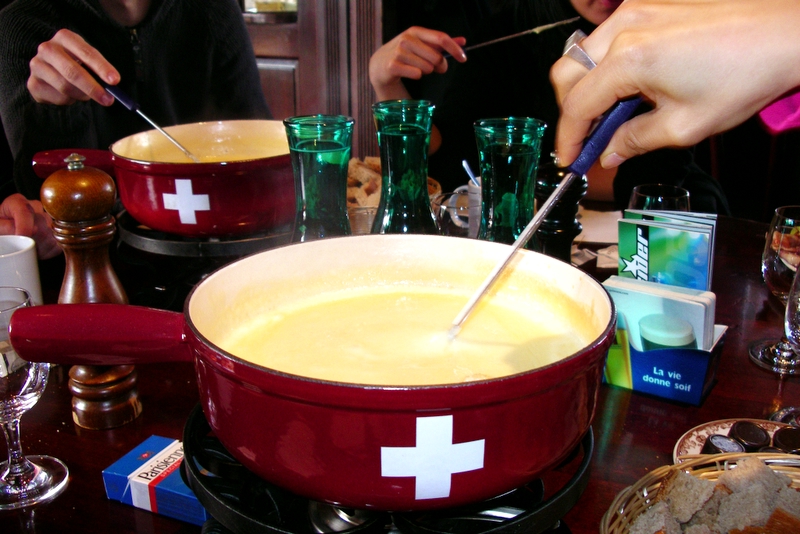 As in Italians, Switzerland is on the front lines  in cheese varieties in the world. The most common type of food made with cheese in the country, which has about 450 types of cheese, is fondue. The fondue, which is unique to Switzerland and is common in France and Italy, is eaten by dipping bread attached to long forks with melted cheese in a pot. Produced for the first time in 1699 to increase the local cheese consumption, fondue gained popularity again after the 1930s. Being a world champion in cheese, Switzerland has the first prize among 22 countries. 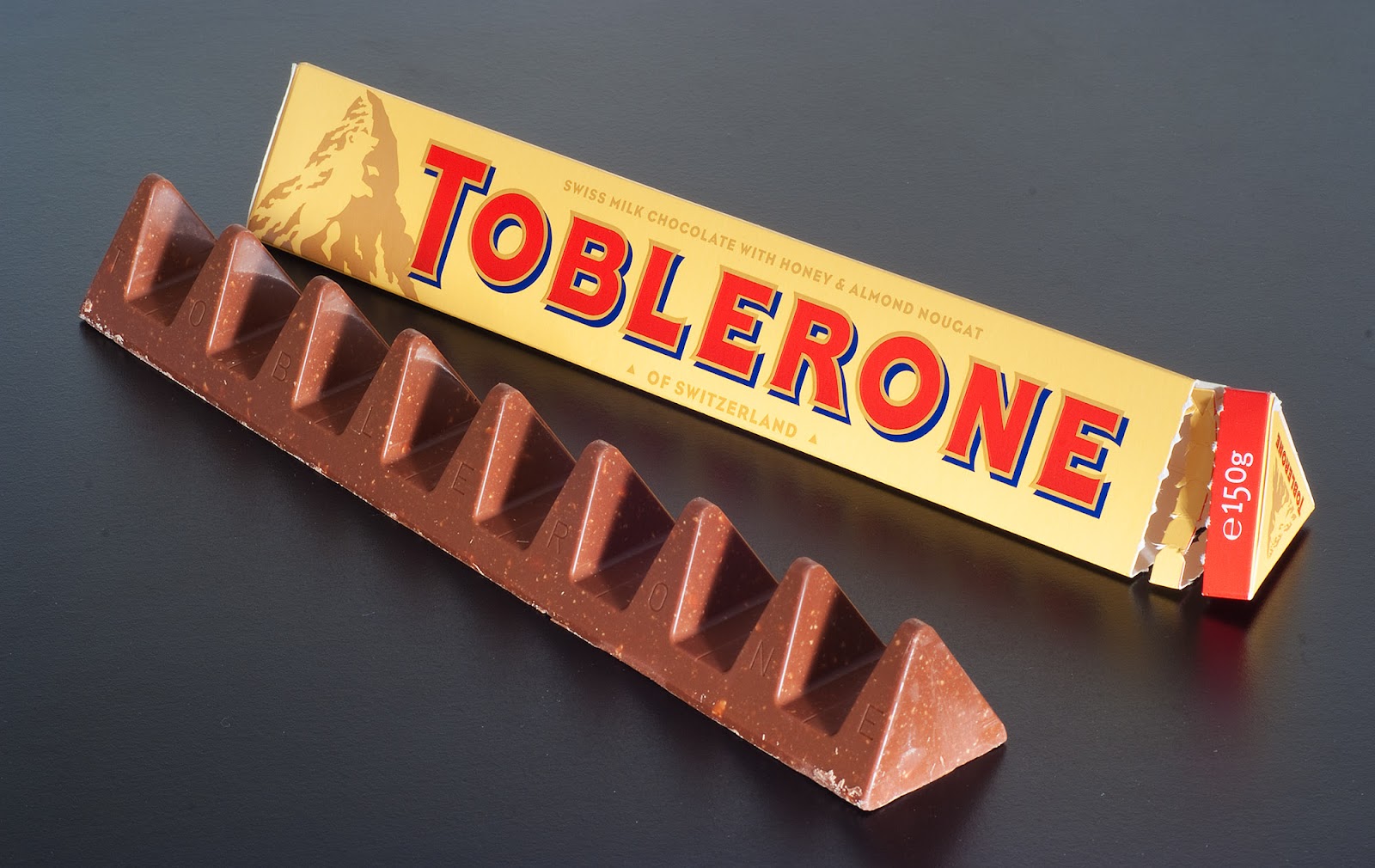 It is a well-known fact that the country is home to scientists and academics with countless accomplishments as the Swiss have made innovations and inventions that changed the world. The country, which makes high investments in the field of innovation every year, draws attention with its inventions that we do not know much in this field.

- Nescafe, which was the first to market instant coffee in the world, was founded by the Swiss company Nestle.

- The information sharing system, World Wide Web-www, also defined as the worldwide network, was invented at CERN by Tim Berners-Lee in 1989.

- Milk chocolate, discovered by Daniel Peter in the 1870s, must be one of the sweetest inventions in the world. 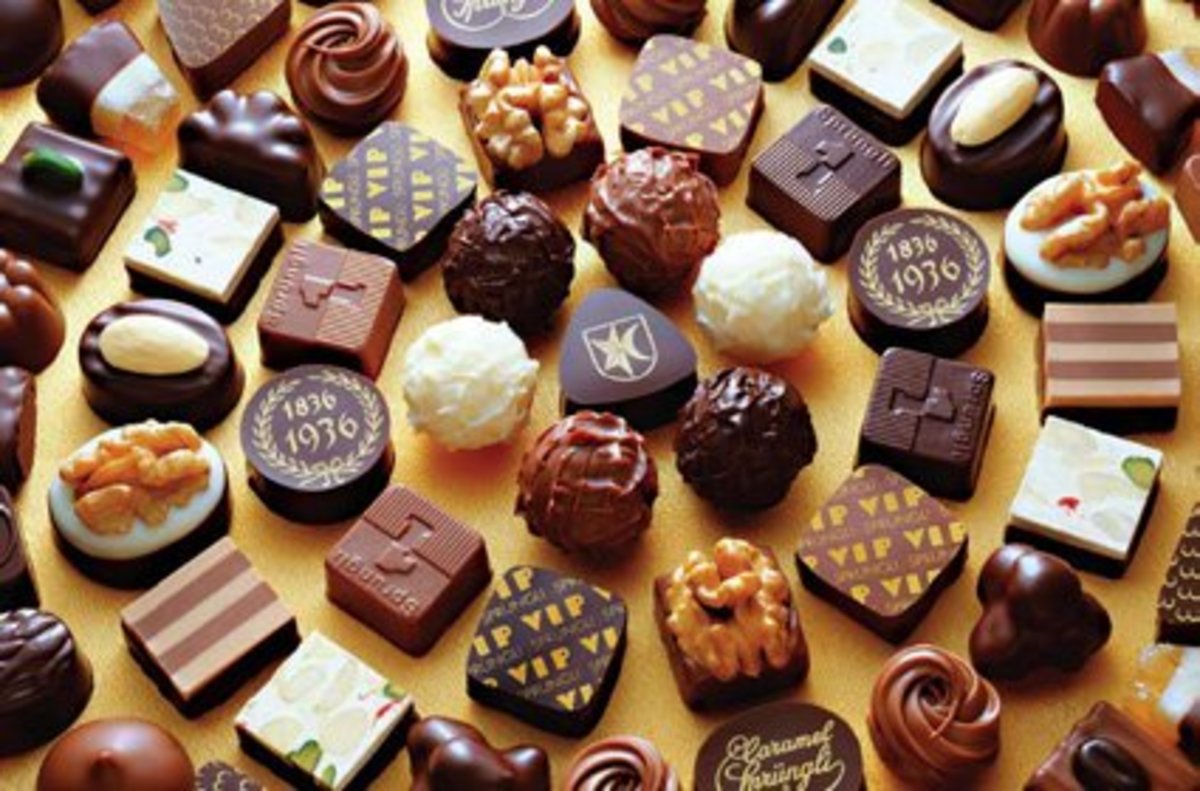 The first thing that comes to mind when talking about Switzerland is the world-famous high quality chocolates. Approximately 18 Swiss chocolate companies produce more than 150 thousand tons of chocolate annually in the country. Swiss people are also the most chocolate consuming society in the world. It is also noteworthy that the Swiss, who consume about 10 kg of chocolate a year, keep their form and do not gain weight. In addition, 7 million boxes of Toblerone are produced annually in the city of Bern alone.

7.Most of the Mountains Have Shelters 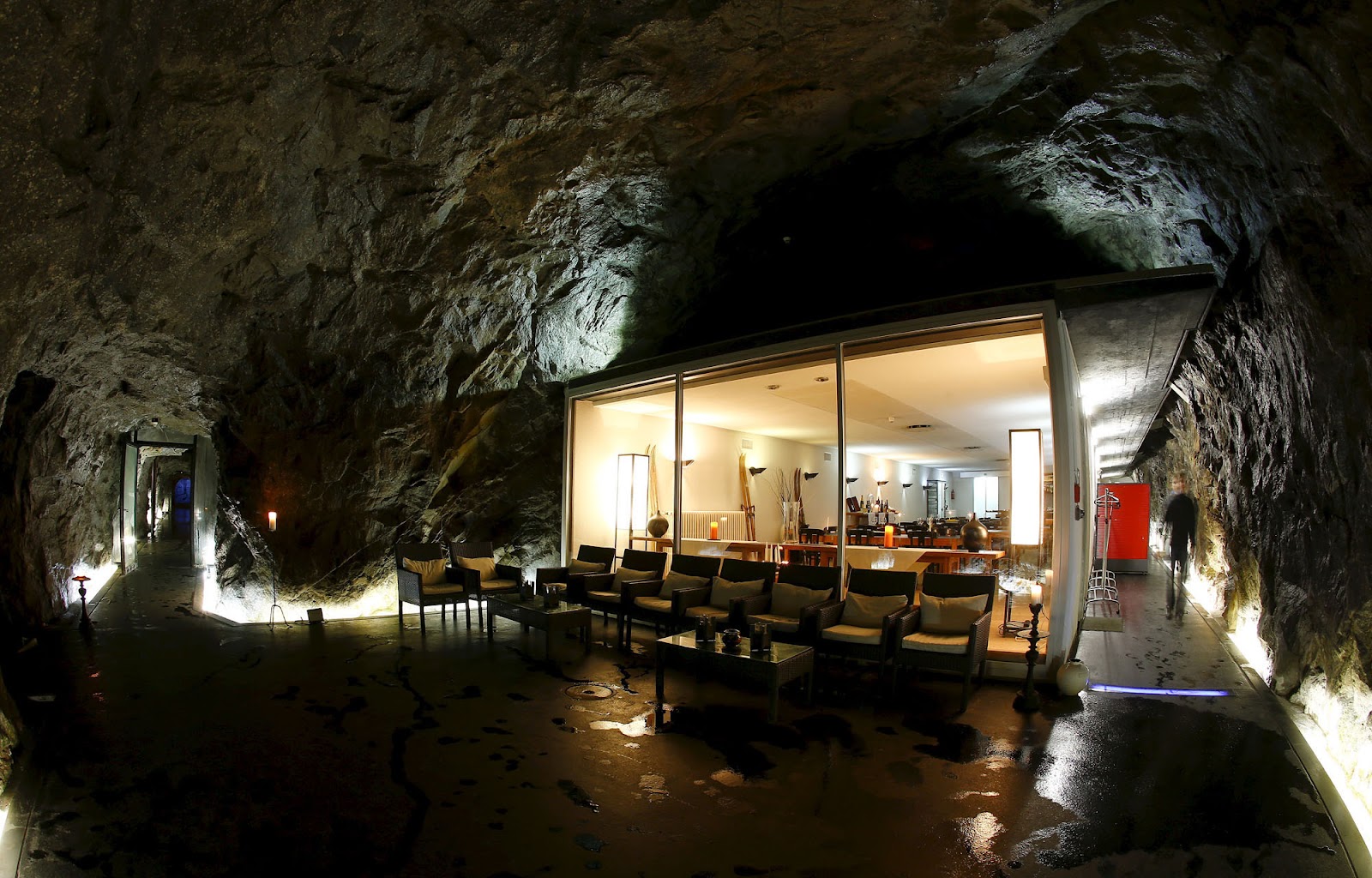 The best known fact about Switzerland, which is located on the foothills of the Alps, is that most of the mountains have shelters for protection in case of attack. Switzerland, where there are about 8000 shelters built in harmony with the natural environment throughout the country, today there are shelters in the basement of every apartment and house. The facilities with air filters, steel blast doors, ventilation and ready for all needs are more than the population of the country and they are built as safe places against any nuclear attack. Switzerland is also among the countries with the highest weapon possession, despite low crime rates. In the country where military service is compulsory, every soldier who has completed his duty in the army has to keep his gun for life. Half a million guns are kept ready at any time in case of a war breaking out in the country.

8.Heidi Lived In This Country 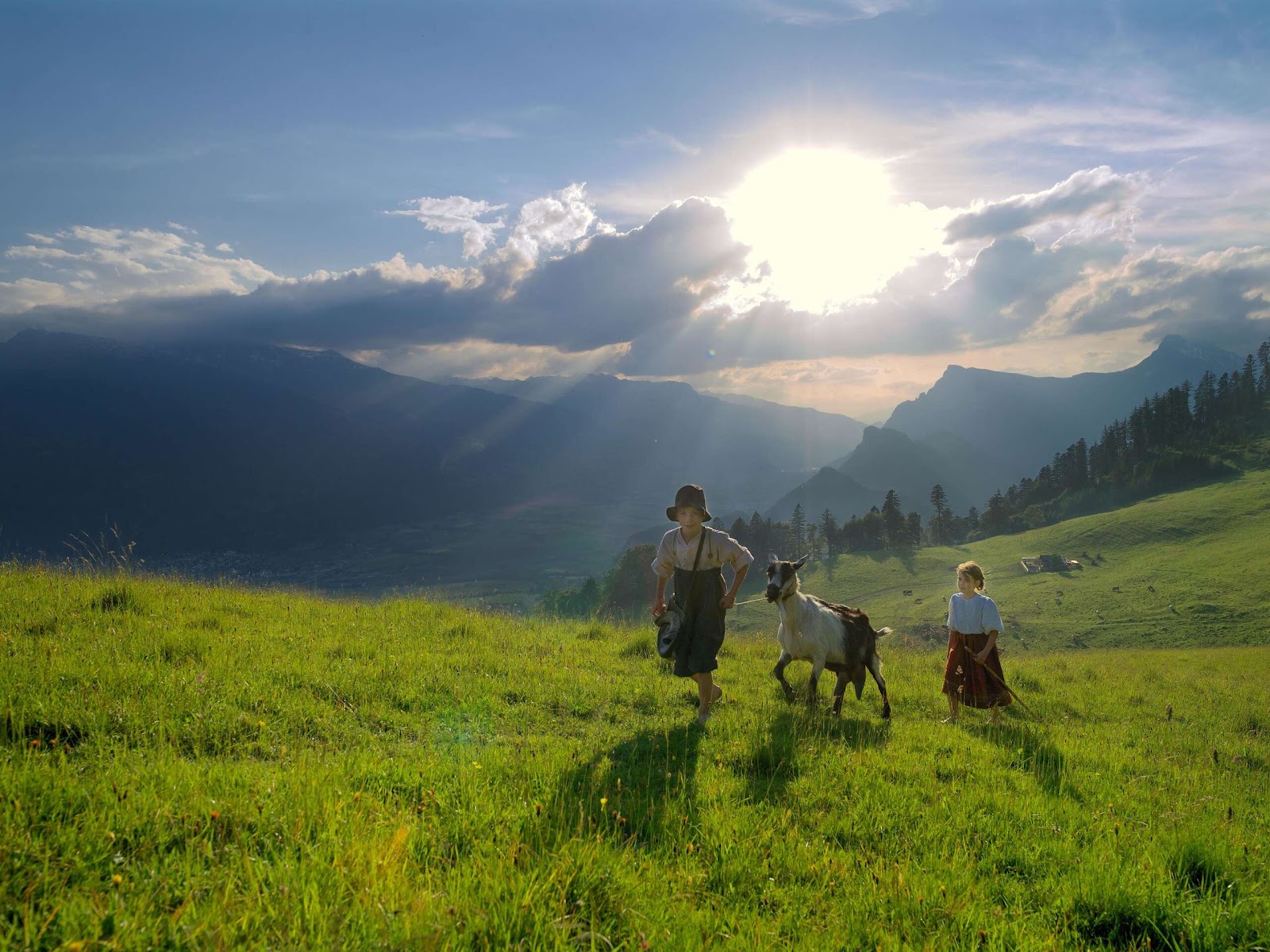 Heidi, written by the Swiss writer Johanna Spyri in 1881, has been one of the most famous books in the world. The book, which takes both children and adults to a magical world in the foothills of the Alps in Switzerland, has not lost its popularity today. The author himself spent his childhood in the Swiss countryside, which is reflected in his book, which we love to read. Heidi, who appeared on the cartoon version of TV screens in the 1970s, was first adapted by the Japanese. 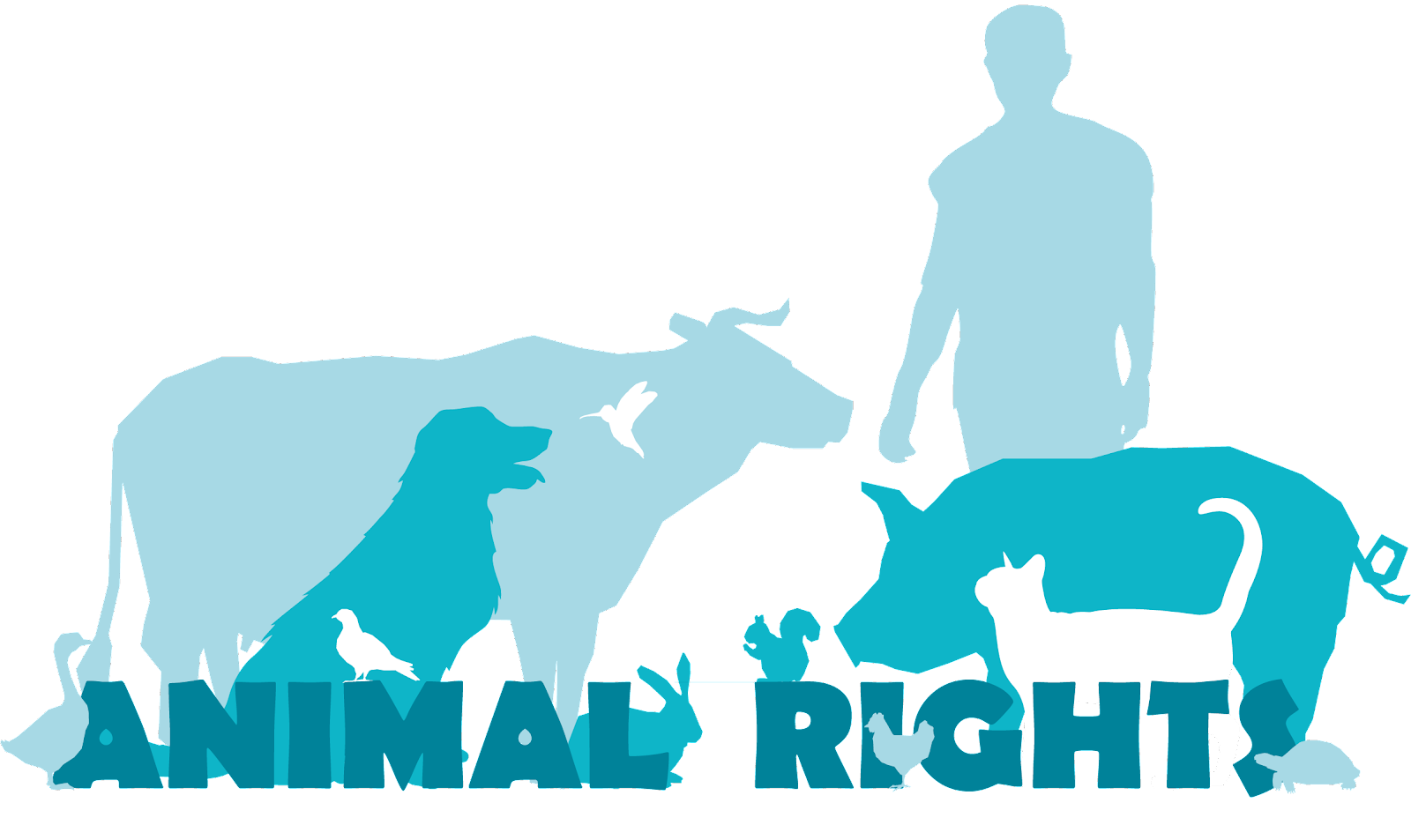 Switzerland was the first country to constitutionally recognize animals and gave them their rights in 1992. The fact that the first law on animal rights and animal protection was passed in 1842 in the country shows how sensitive and sensitive the Swiss are in this issue. In 2005, it was prohibited for mount animals to carry loads more than they can carry. While the sale of cosmetic products tested on animals was banned in 2016, it was reduced in the experiments related to this. At the same time, in the country where dogs are allowed in restaurants, courses are given to pet owners to better care for their animals. 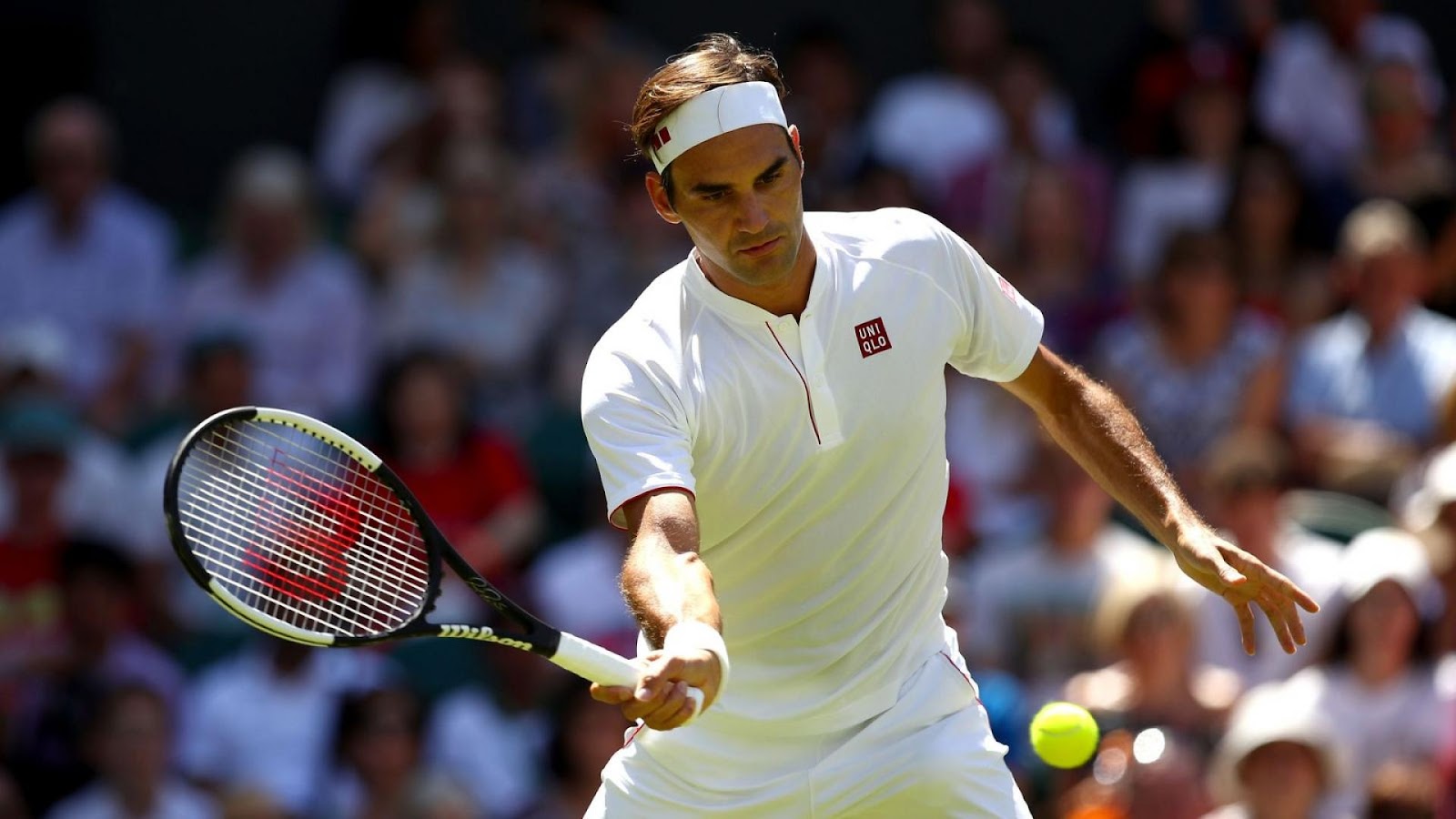 When it comes to information about Switzerland, it would not be without mentioning the famous names that have identified with the country and that most of us do not expect to be Swiss. Switzerland has international cultural characteristics in many fields such as literature, cinema, music, theater, painting and sports from past to present. The famous writer in the field of literature, Jean-Jacques Rousseau, contrary to popular belief, was not French but Geneva born. The most famous work in Swiss literature is Heidi by Johanna Spyri. Alberto Giacometti, Paul Klee in the field of painting; Max Frisch in the theater is among the best known. While Xavier Koller's Journey to Hope in cinema won an Oscar in 1991, Swiss director Marc Foster's film Crossing Paths won Halle Berry the first African American actress Oscar. Martina Hingis and Roger Federer, who have achieved success in sports, especially in tennis tournaments, are the pride of the country. Interesting and Fun Facts about China