Master's Degree in South Korea and What You Need for Application South Korea's growing economy today; Modern cities such as Seoul, Busan, Daejeon; electronics, machinery and petro-chemical industry; It forms one of the four "Asian Tigers" by standing alongside Hong Kong, Singapore and Taiwan with international companies such as LG, Samsung, Hyundai, Kia. A country with a mixed economy; It is one of the global leaders in digital and electronic products, semiconductors and microchips and is therefore one of the most popular study destinations for international students seeking study, especially in computer science and engineering.

If you are planning to study abroad; South Korea welcomes you with a unique blend of old and new, ancient and modern, nature and technology. South Korea, which attracts attention with its rich undergraduate and master's programs in English and relatively cheaper education and living costs compared to countries such as America, England and Australia, is close to Japan and China, weekend trips, exotic temples, stunning surroundings and cultural diversity. Provides great value and plus to incoming international students. Let's take a look at those who are curious about graduate education in South Korea. 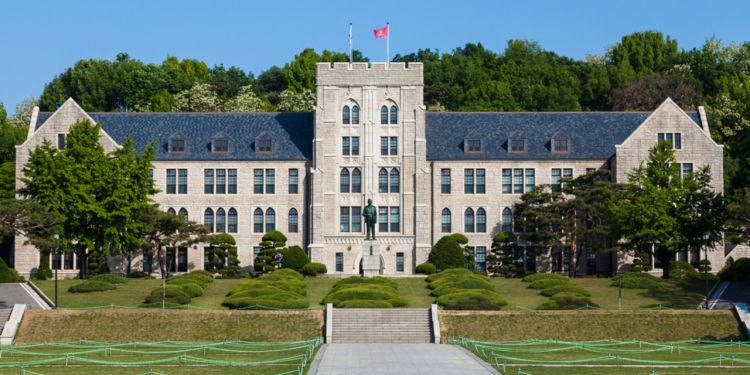 South Korea has the world's largest and rapidly developing economy for international students who want to study abroad; It impresses with its high literacy rate, luxurious living standards, investments in innovation and technology, world-renowned higher education institutions and career opportunities after graduation. Every year, the government offers new regulations for international students who come to study and live, and scholarships to at least 2,000 foreign students.

Postgraduate programs in South Korea start from 2 years, although it varies according to the department you intend to study. Although the total number of credits varies according to the departments and the university you choose, it is necessary to complete 24 credits. In master's programs where academic research is predominant, it is aimed to develop the creativity and research skills of the students. Educational institutions in South Korea are divided into two as state and private universities;

- While private universities generally attract attention with their research institutes and modern laboratories,

- Public universities are sponsored by the South Korean government.

Some of the reasons to consider studying for a master's degree in South Korea are as follows;

- Approximately 30% of the courses in South Korean universities increase their English education programs towards internationalization.

- South Korea invests heavily in its schooling framework and offers the chance to attempt it directly with its high level alumni programs.

- It allows you to achieve both an academic and business career, thanks to a globally recognized diploma.

- It offers the right to stay after graduation and find a job and work in South Korea by studying in fields such as humanities, natural sciences, engineering, undergraduate and graduate programs.

- While studying 2-3 days a week, it gives the opportunity to work and do an internship on other days.

- You can find many opportunities such as meeting other international students like you, participating in social activities, improving your English and building a social network.

While the master’s degree admission requirements in South Korea vary according to the university and departments you will apply to, they are generally almost the same. Your diploma, grade point average and foreign language proficiency are the first of the documents that the institution will request from you. We can list the required documents for applications as follows;

- Photocopy and original of your identity card.

- Undergraduate diploma translated in English by a sworn translator.

- The university may ask you to document your GMAT and GRE scores according to the departments you will be enrolled in, such as business or engineering.

- Photocopy and original of your passport.

- The acceptance certificate of the university where you will study.

- The letter of intent, in which you explain your future plans and goals, and requested by the institution you will apply to.

- 2-3 reference letters from your teachers at your university, depending on the institution and department you will study.

- Especially for those who will be enrolled in MBA programs, a reference to be taken from the employer with a CV showing their internship and work experience.

- Those who intend to study in departments such as design, architecture and graphics are expected to prepare a portfolio.

It is worth mentioning that the academic year for graduate studies in South Korea starts in March and most schools receive applications twice a year, in March and September for students. While master education lasts 2-3 years in the country, each semester consists of 16 weeks. You can apply to universities in September and November for the March term, and between May and June for the September term. South Korean universities have long holidays, twice a year in July and August in the summer and twice a year in December and February in the winter. For international students who want to study in South Korea, application dates to universities may vary according to the programs you will study, and you can learn the application deadlines and required documents from your university's international office. What You Need To Know About The University of Bath Interesting and Fun Facts about Kazakhstan