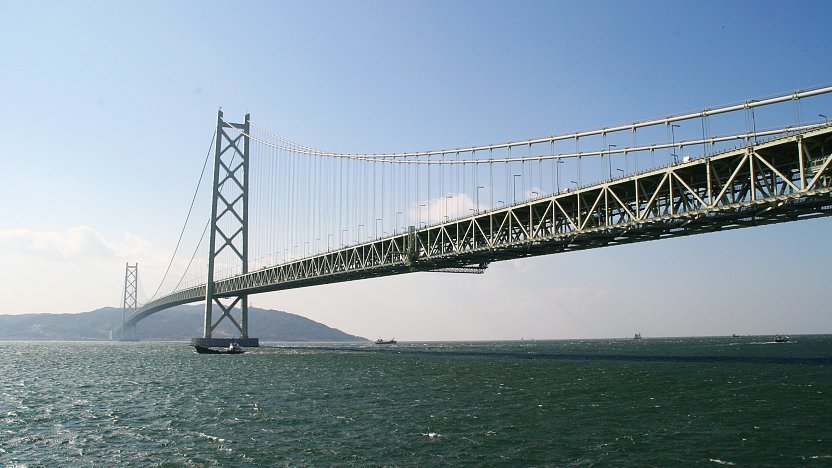 In Japan, it is the longest suspension bridge in the world, connecting Kobe city and Avaji island. It is 1991 meters long. Its highest point is 282.8 meters. Although the construction of the bridge started in 1988 and took 10 years to build, it was opened to traffic on April 5, 1998. The bridge was built as 1990 meters, but after the Kobe earthquake on January 17, 1995, it was extended 1 meter and made 1991 meters. 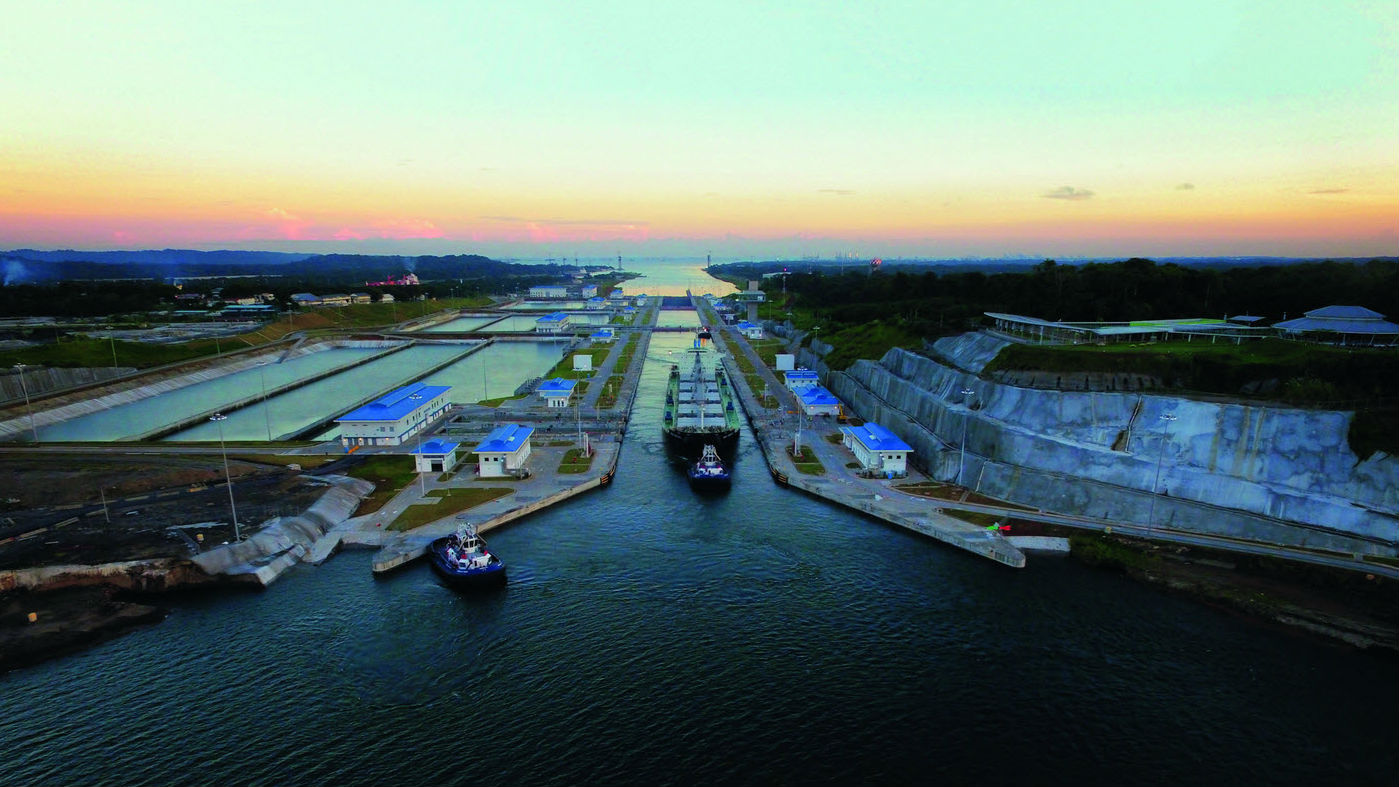 The first attempt for the Panama Canal was made on January 1, 1881. The southernmost country of Central America is located in Panama and is the waterway connecting the Atlantic Ocean and the Great Ocean. The construction was completed by the USA and the canal was put into service in 1914. During the construction of the 77 km long canal, all kinds of difficulties were encountered, from diseases such as malaria and yellow fever to major landslides, and approximately 27,500 canal workers died in this process. From its opening until 2002, it is estimated that approximately 800,000 ships have passed through this channel, with more than 14,000 ships passing through this channel and the amount of cargo transported reaches 203 million tons. The Panama Canal separates South America and North America. 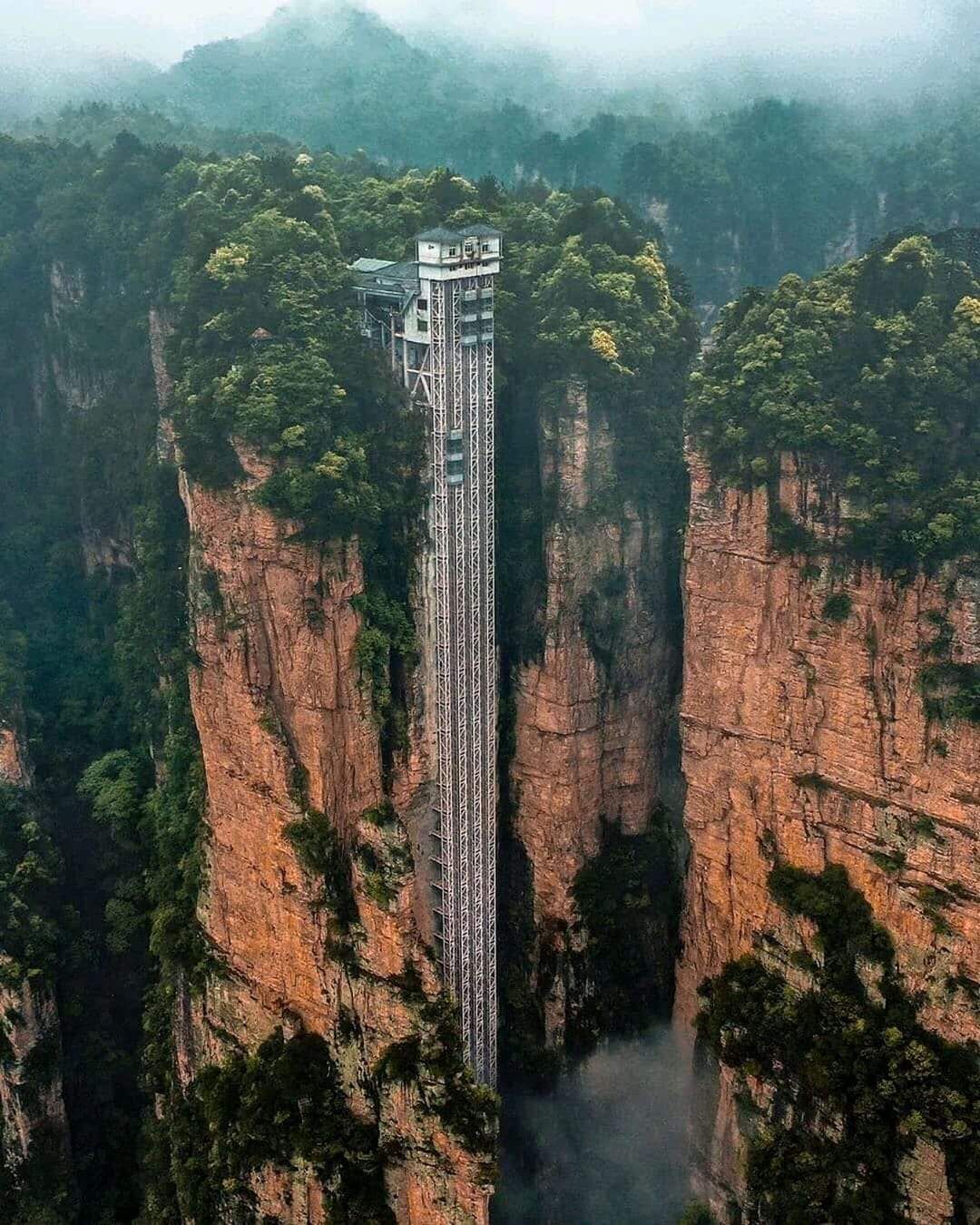 Built on a cliff face in Zhangjiajie National Forest Park, the elevator is the tallest outdoor elevator in the world. In a cabin with glass on three sides of the elevator that climbs 330 meters, it takes one minute to climb. In the double-deck elevator, 50 people can be transported at once and 18,000 people per day. The purpose of its construction is to have a better view of Wulingyuan Canyon, which is on the World Cultural Heritage list. Since the year it was completed, approximately 5 million foreign tourists have come to see the view from the elevator. 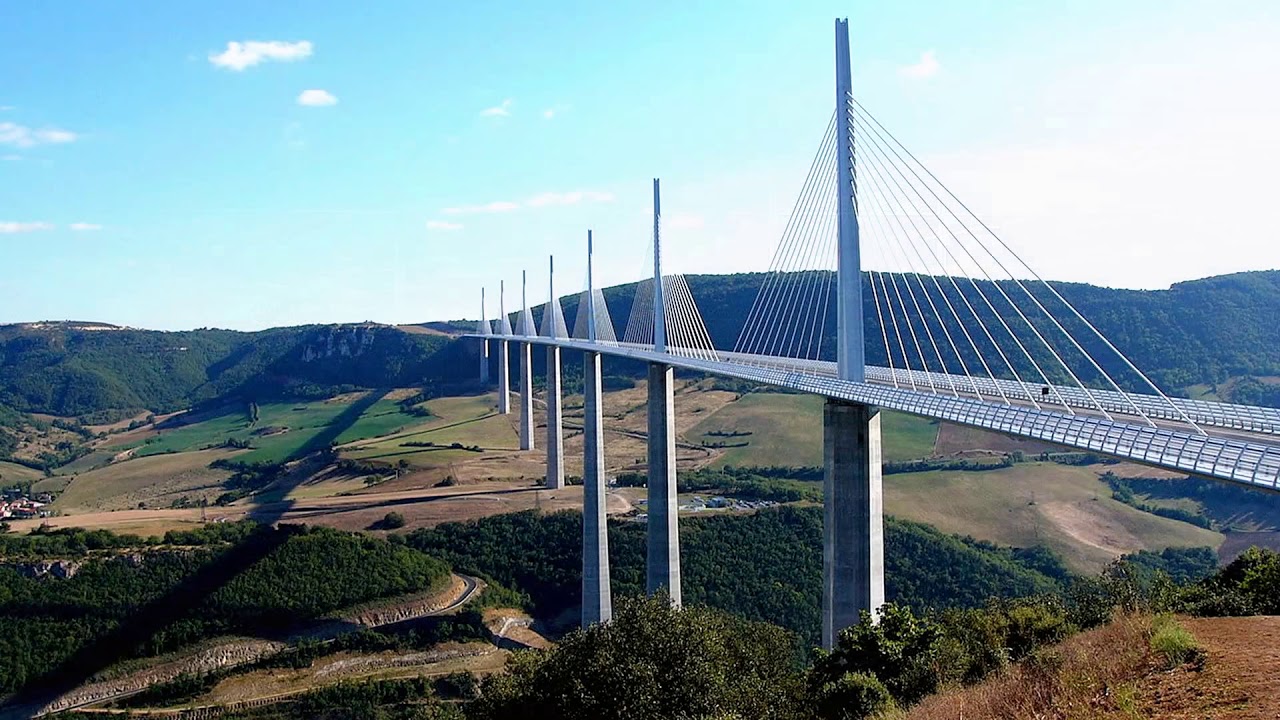 It is a cable-supported suspension bridge that passes through the valley where the Tarn River is located and connects Millau and Southern France. Designed by Civil Engineer and Architect Norman Foster, the bridge is the tallest bridge in the world which has lanes for vehicles to drive on. With a height of 343 meters, it is slightly higher than the Eiffel Tower and 37 meters shorter than the Empire State Building. The bridge is designed and manufactured to withstand the wind speed of 225 km per hour. The bridge, which had its opening ceremony on December 14, 2004, was opened to traffic two days later. The lifetime of the bridge is approximately 120 years. 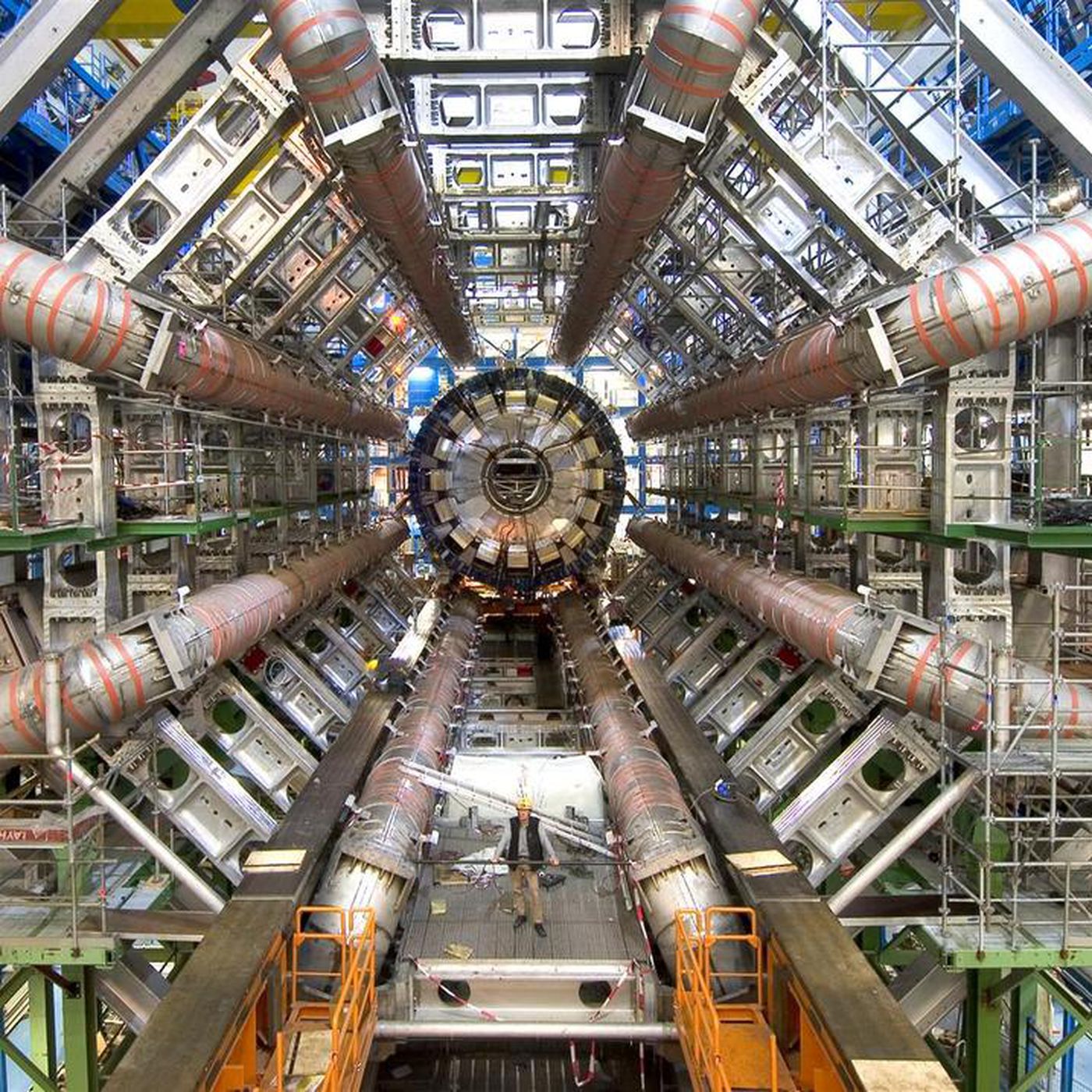 Built 100 meters below ground, the structure provides the Big Bang conditions and hosts important experiments. The collider weighs 38,000 tons. In the LHC, which has a circumferential length of 27 km under 100 meters to produce micro black holes, the i engineering concept has reached its peak. Today's most advanced technological experiments are carried out in the building built with the most advanced technology. 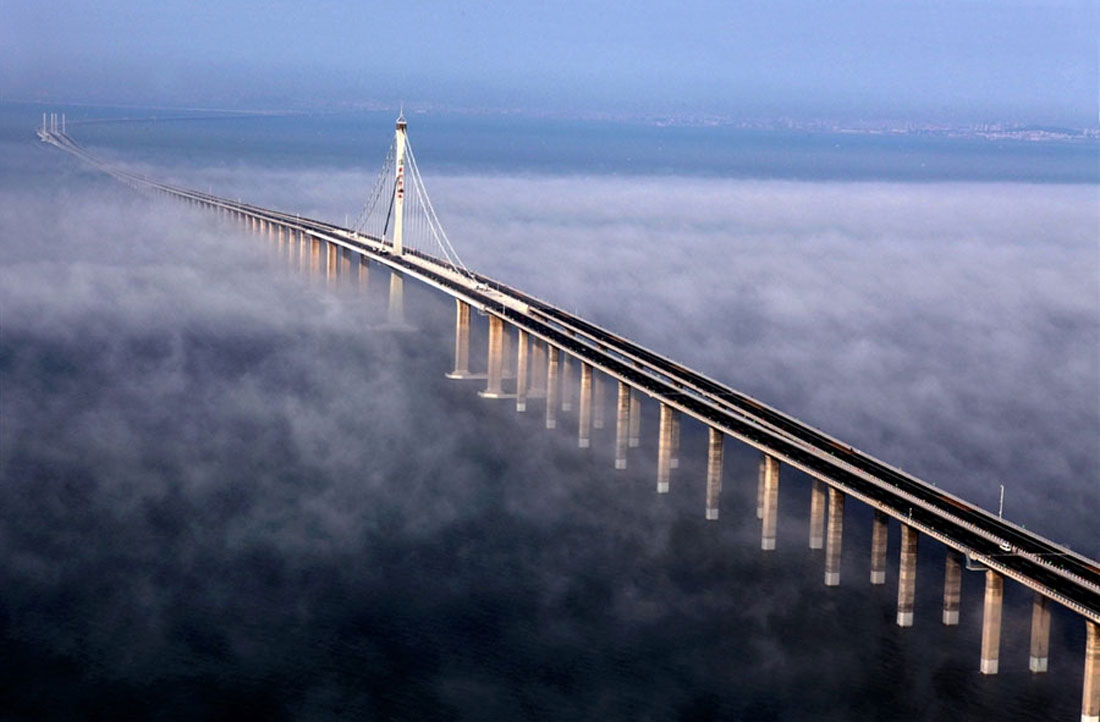 The main part of the bridge complex, built in the Jiangzhou Gulf of China, connects Qingdao and Houngdao cities, and its length exceeds 41 km with its connections. The longest bridge in the world over water costs 5.5 billion pounds and was opened in 2008. 450,000 tons of steel and 2.3 million cubic meters of concrete were used in the construction of the bridge, where 10,000 workers work. 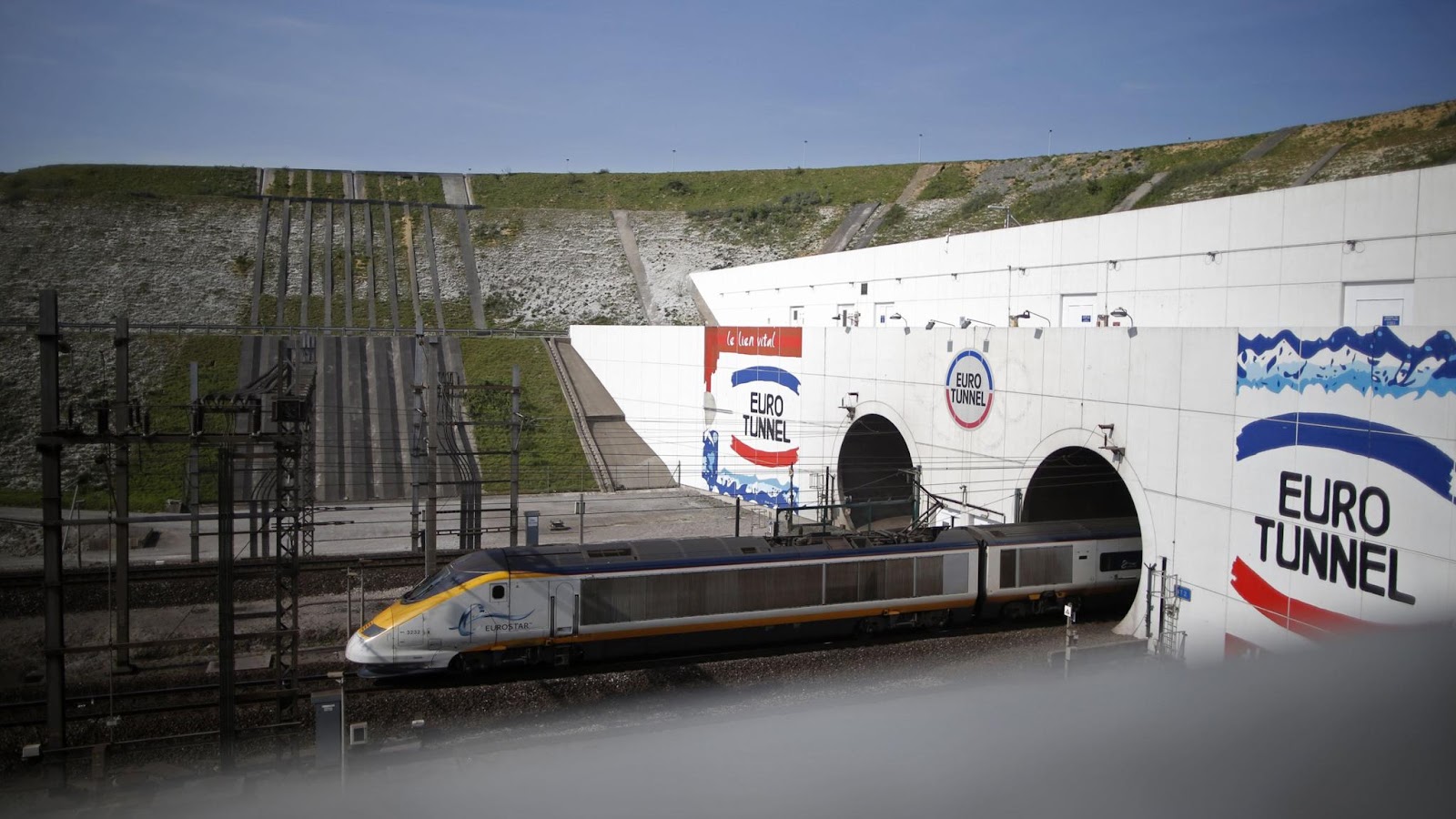 The tunnel connecting England and France from the sea is a joint production of France and England. A French engineer, who thought that he could easily dig a tunnel on the base of the Channel consisting of chalk shores, proposed the construction of a tunnel in the Dover Strait in 1802, and the construction of the tunnel began in the early 1880s, but due to various difficulties, it has been stopped. The Channel Tunnel came to the fore again in 1896. The cost of the project was covered by a company association of French and British companies by borrowing from many banks and issuing stocks. The tunnel connecting Dover and Calais is 50.5 kilometers long and the tunnel was opened on May 6, 1994. 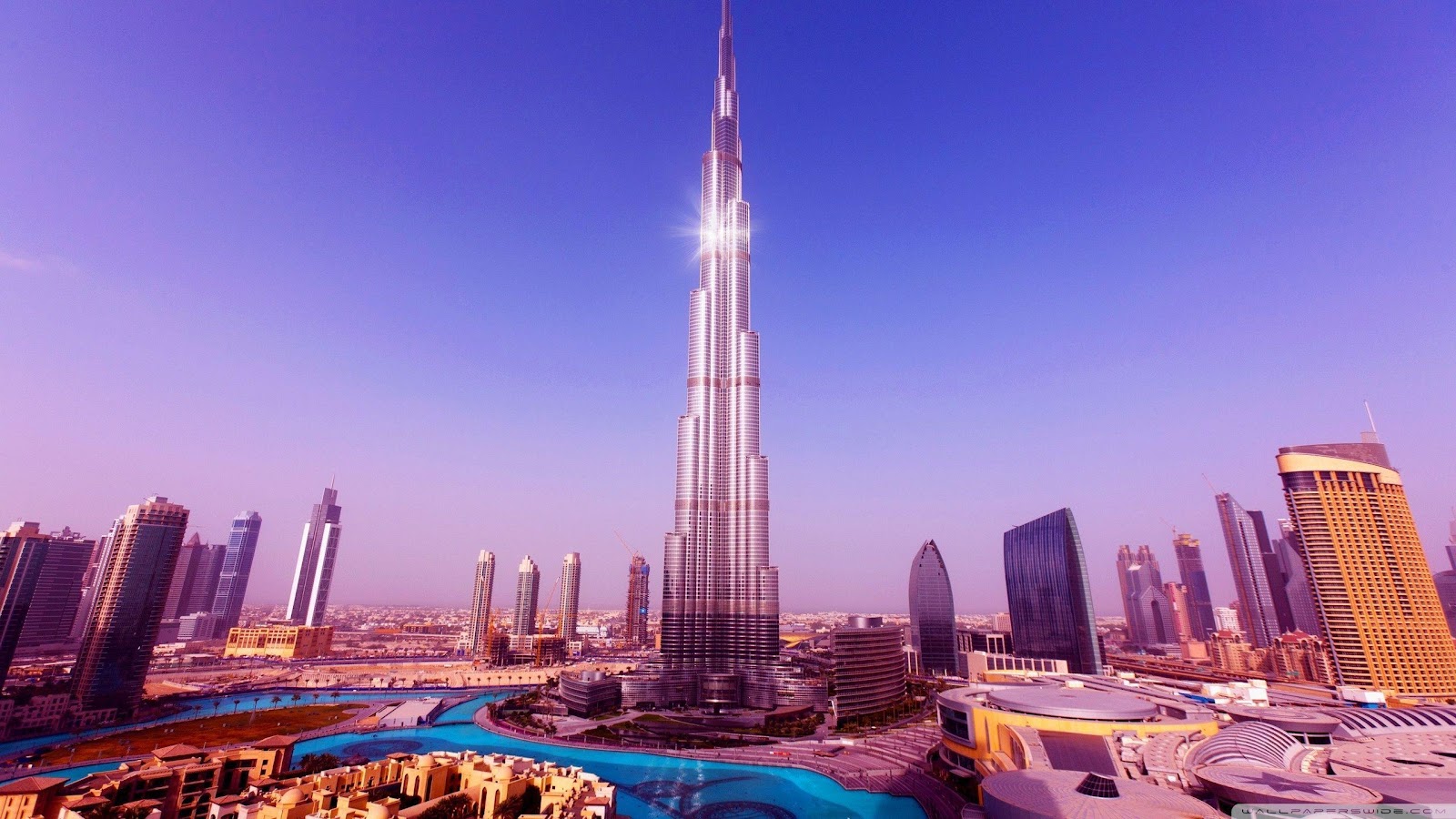 It is the tallest skyscraper in the world, whose construction started on September 21, 2004 and completed on January 4, 2010 in Dubai. 330,000 cubic meters of concrete and 39,000 tons of steel were used in its construction. There are 23,000 windows on the building. It has a height of 828 meters and is a 160-floor usable building. After about the 150th floor, the rest of the building is made of steel. This is the first building in the world to be continued with steel construction on a reinforced concrete mass. In addition, in order to minimize the wind loads on the facades, none of the facades of the building are made flat. Its corners are not sharp, but made of circular joints. And it has great engineering. 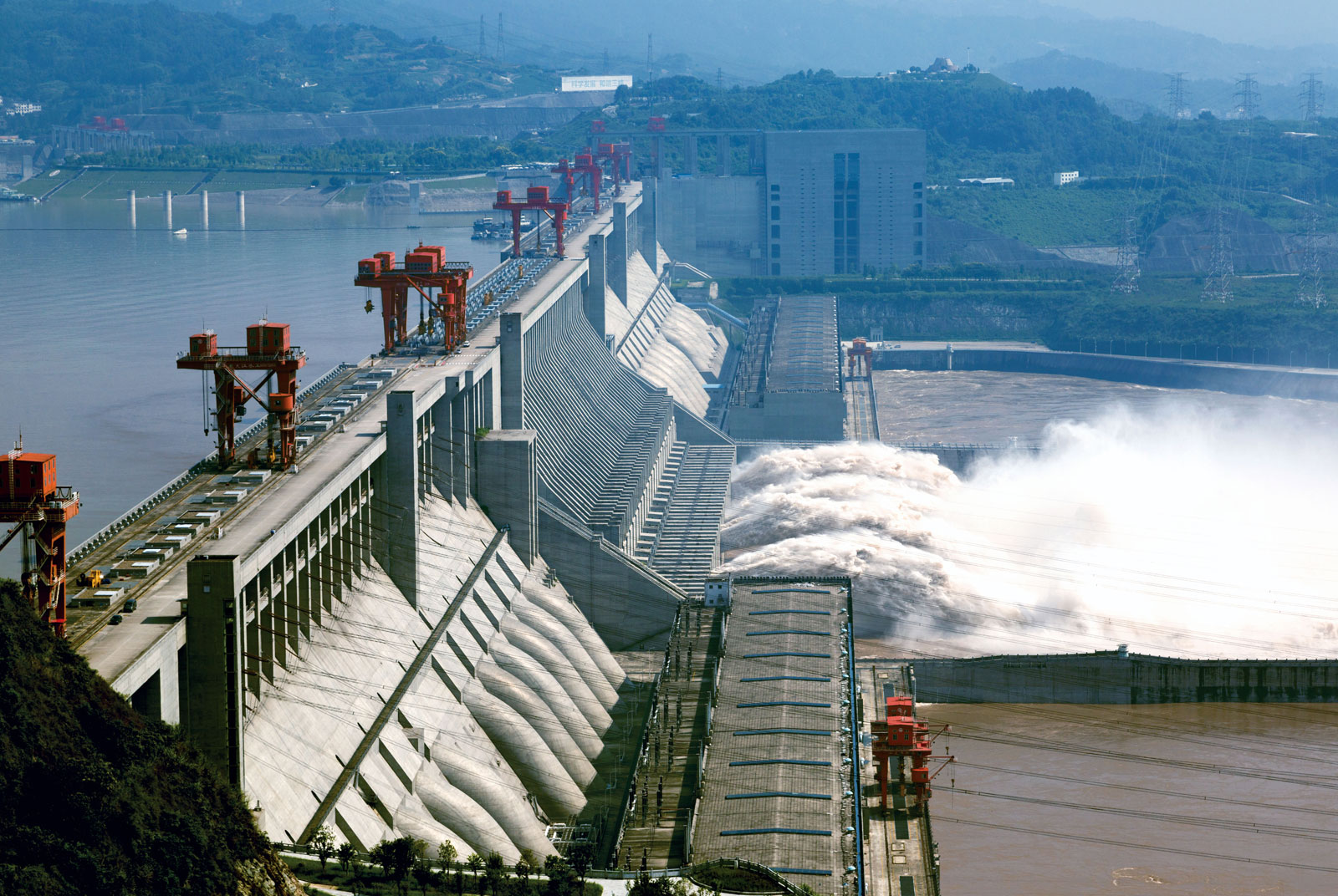 The Three Gorges Dam is the world's largest hydroelectric dam with a capacity of 22500 MW. The dam caused some archaeological and historical sites to be submerged and 1.3 million people moved from the area. It has caused serious ecological changes and increased risk of landslides in the region. When construction of the dam officially began in 1994, it was the largest engineering project in China. At the time of its completion in 2006, it was the largest dam structure in the world. 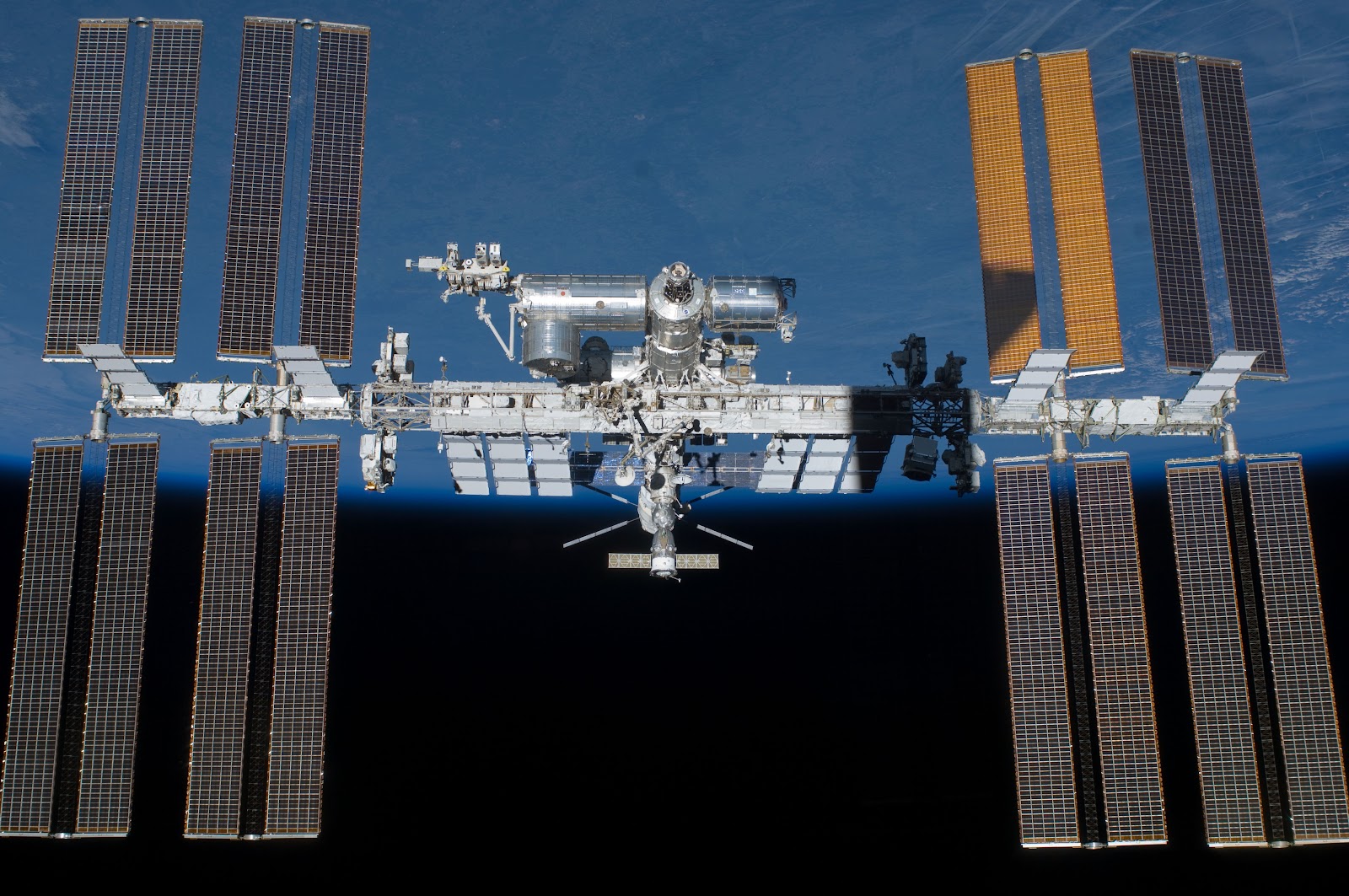 The International Space Station is a space base placed in low Earth orbit, in other words, an artificial satellite that can be lived on. The first part of the station, which was built by combining the modules combined, was launched in 1998. The structure of the station basically consists of pressurized modules, supporting exoskeleton and solar panels.The International Space Station, which emerged as a result of the work of 16 countries, is one of the best and most expensive projects of mankind. The huge station launched into space in 1998 has a total cost of 150 billion dollars. This 460-ton station is combined in space. It is the largest artificial satellite orbiting the earth. It can be seen in the sky when viewed from the earth at appropriate times. 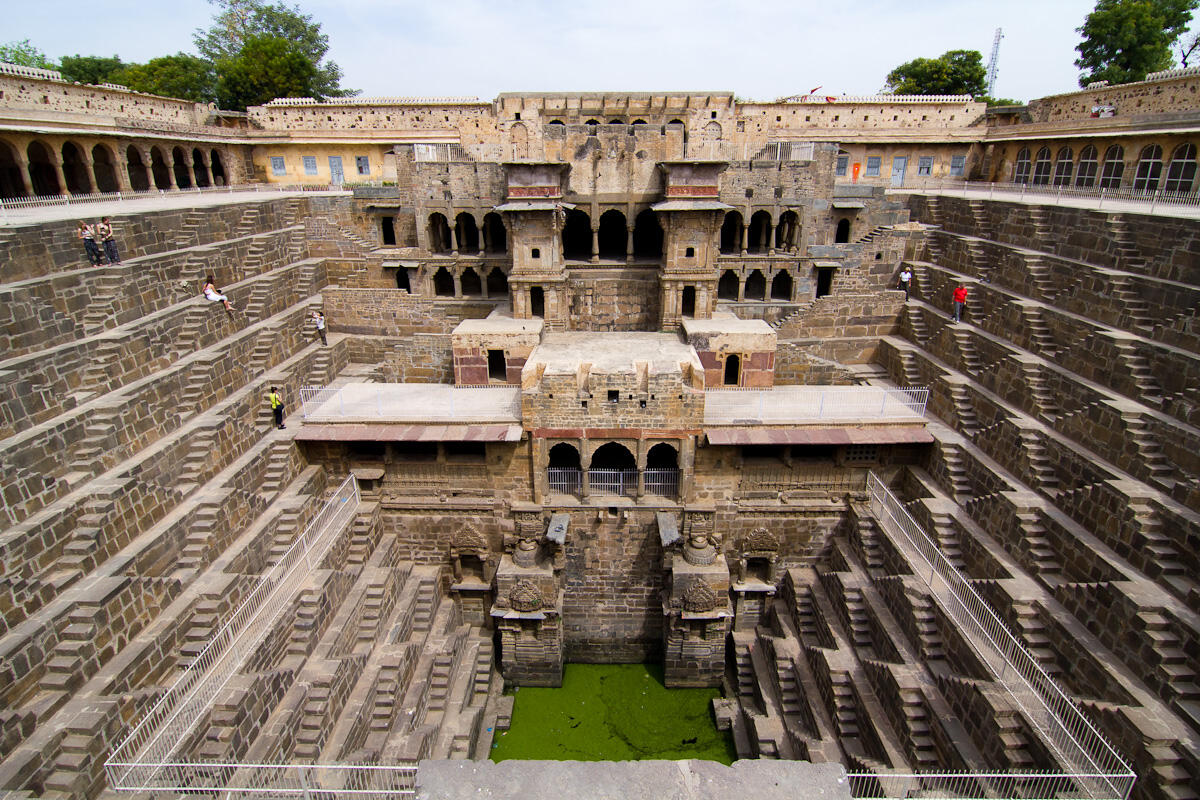 These structures, which look like inverted temples buried in the ground, not only provided water sources, but also became one of the monuments to spend cool days in summer for travelers and locals. Chand Baori stepped water well, located in Abhaneri village in Rajasthan state of India, amazes those who see it with its architecture. M.S. Chand Baori, built in the 9th century, is the deepest water well in the world with a depth of 33 meters. The 13-storey well was built to meet the water needs in the region and to collect rainwater. Are Online Courses Worth It All Things You Should Know About Georgia Tech