Interesting and Fun Facts about Turkey The official name of the Republic of Turkey is a country in Asia and Europe. Turkey is surrounded by sea on three sides, separated by the Bosporus and the Dardanelles it consists of two peninsulas. These straits separate Anatolia from Thrace, in other words Asia from Europe. Turkey, the Mediterranean and it's a been a favorite destination for foreign tourists with its long coastal line of the Aegean Sea.

Turkey is Home to Two of The Seven Wonders of The Ancient World. 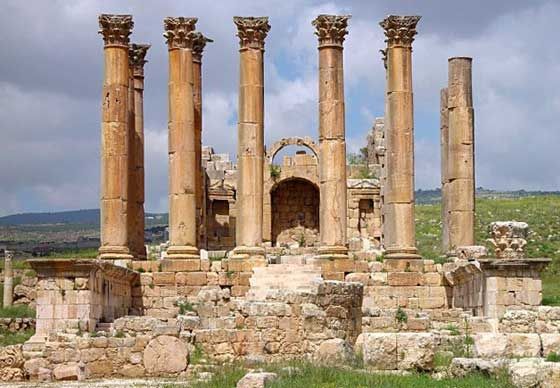 We often assume that the ancient wonders are all in the country of Egypt or Greece but Turkey has many of them as well. Turkey has many ancient remains. One of them is The Temple of Artemis. It is dedicated to the Greek goddess of hunting  also known as Diana in ancient Rome the temple is located near the ancient city of Ephesus which is now on the edge of Selçuk and understandably in ruins. 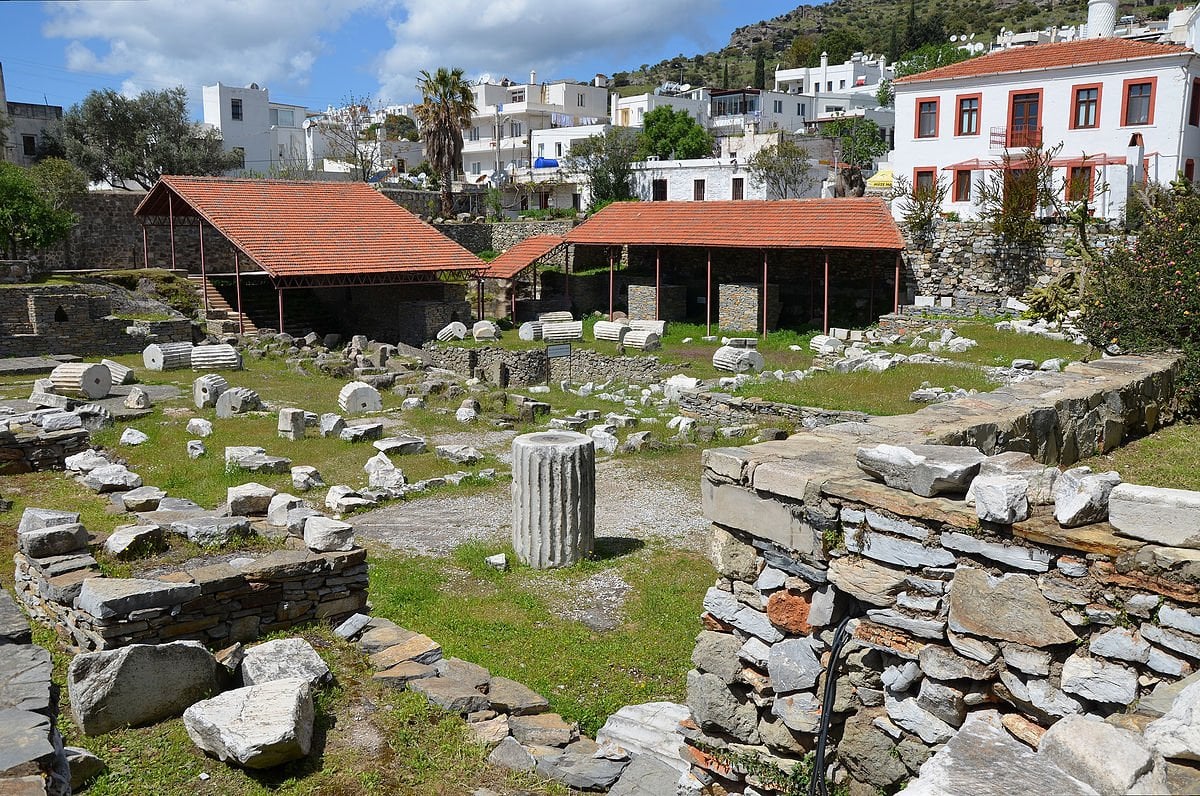 The mausoleum of Halicarnassus was a burial chamber built in 353 BC and was carved by four Greek sculptors; its ruins can be seen in a modern-day Bodrum. Halicarnassus Mausoleum is a historical monument that was built in Halicarnassus by his wife and sister Artemisia on behalf of King Mausolos, considered one of the seven wonders of the world but does not exist completely today. It is a gigantic tomb that combines Greek architecture with its columns and Egyptian architecture with its pyramid-shaped roof. If you ask what the mausoleum is, we can say that all the structures that come after it, in the same style, are called mausoleums. When you enter the area, there is a Bodrum type house on the right. In the long building seen on the left, the reliefs, model and some drawings and architectural parts of the building are exhibited.

A Soup Before A Meal Is Very Common Even Before Breakfast. 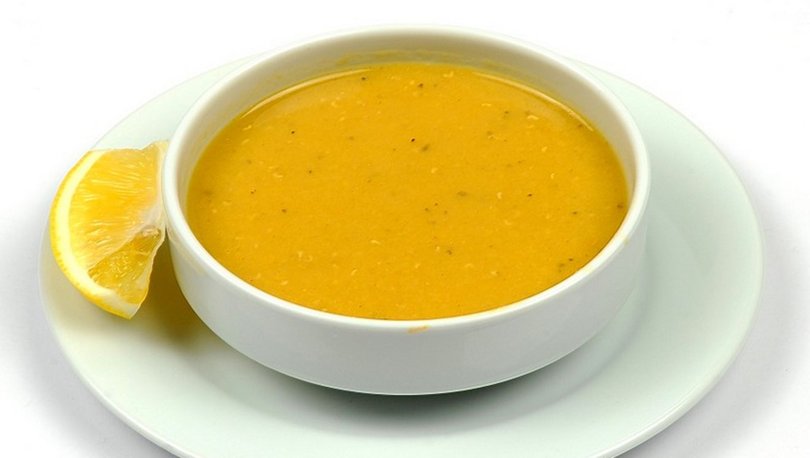 Soups; It is one of the most important food of Turkish cuisine. Almost all foreigners who are introduced to Turkish cuisine praise this richness. No matter what time of day it is, Turkish people love soup. They even drink soups in the morning when having a breakfast. During winter months soup will begin all meals and is served with rice bulgur wheat or yogurt. Summer time generally involves cold vegetables with olive oil as starter.  People in Turkey wait for you to finish your meal, it is custom around Turkey. The host does not leave the table until their guest has finished. 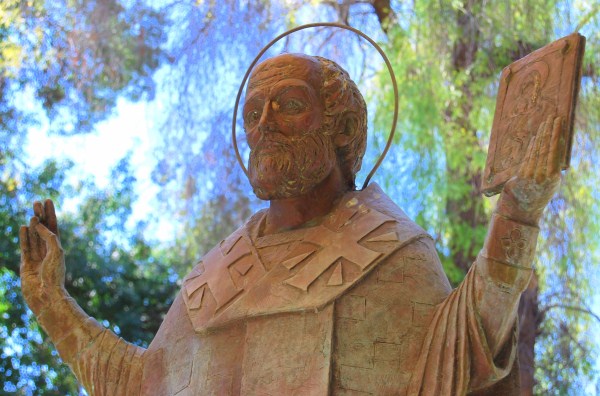 Many people think that Santa Claus was originated from somewhere else like north of the Europe but on the contrary,Saint Nicholas a Christian Saint and the origin of Santa Claus was born in Lycian city of Patara. In the past this region was part of the Roman Empire and Saint Nicholas was a bishop of great significance. Rumors has it that he brought three murdered kids back from the dead with his prayers. He also magically doubled a ship's cargo of wheat and became known for gift-giving in the modern world.

Turkey Has The Highest Number of Facebook Users In The world. 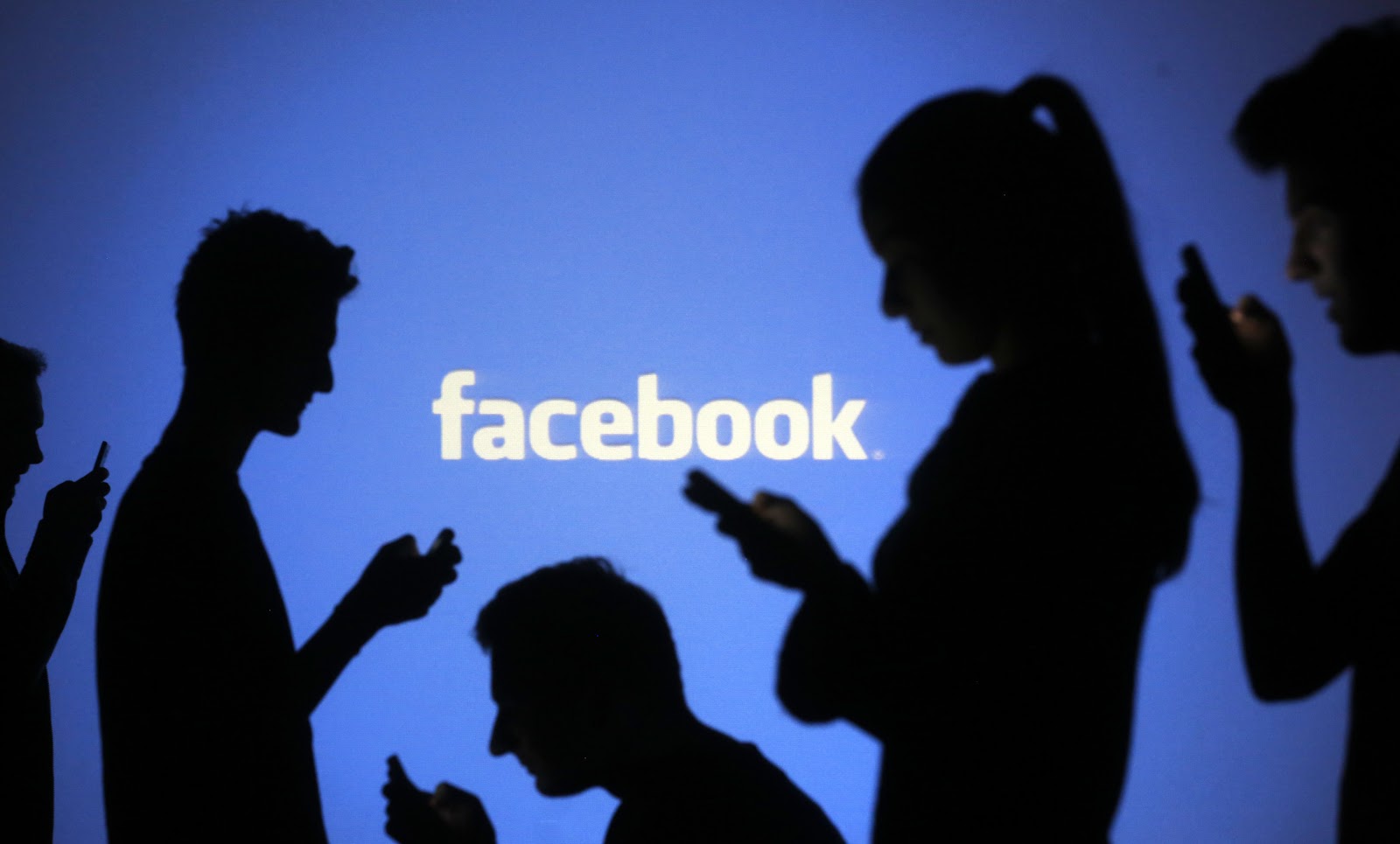 Turkey has just under 300 million Facebook users which is especially impressive when you consider that just 58 percent of the population is online. People in Turkey like to spend their time on social media a lot. The nation has embraced social media and is one of the most engaged online audiences in the world. They use social media platforms for everything. This is partly because the population is especially youthful with over fifty percent of people under 30 years old. 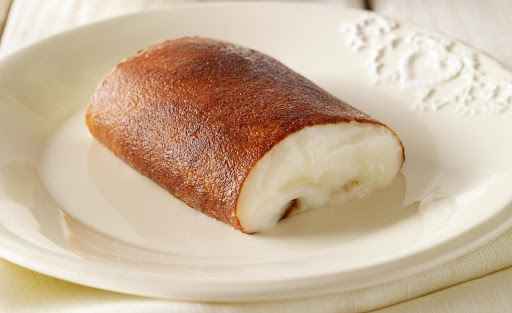 Chicken breast is a milky dessert that passed from Romans to Byzantium and from there to Turks. We can tell how this dessert was made in the time of the Romans from the description of the Roman book writer Apicus. The Romans used to make this delicious dessert like this; ‘A young rooster is cut and boiled. Breast meat is pulled while it is hot. Meanwhile, water is boiled in a pot. The diced chicken breast meat is added to the milk and pounded with a wooden mallet. When the chicken meat is mixed with the milk, enough amount of crushed almonds is added to thicken, and it is mixed again and mixed with the milk. In the final stage, some honey is added to sweeten it. If you get offered one while in Turkey, try it you won't be dissatisfied.

Leonardo da Vinci Planned a Bridge That Ran Over the Bosphorus But It Was Never Built. 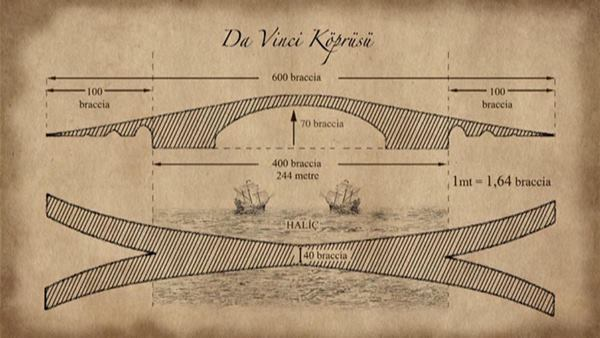 In the Bayezid II. era, the idea of building a bridge came to the fore again, as the population density of Istanbul affected the Haliç area and its surroundings and access to both directions with boats created problems. This idea of building a bridge initiative put forward, will have excited Leonardo da Vinci, one of the important Renaissance artists of the period, he wanted to build the bridge himself. He conveyed this wish by writing a letter personally to Bayezid. He wanted to design a bridge worthy of his name for the Haliç, which means "Golden Horn" in his name, and with the idea of a bridge resembling a horn. But this bridge design has never been turned into a real activity. 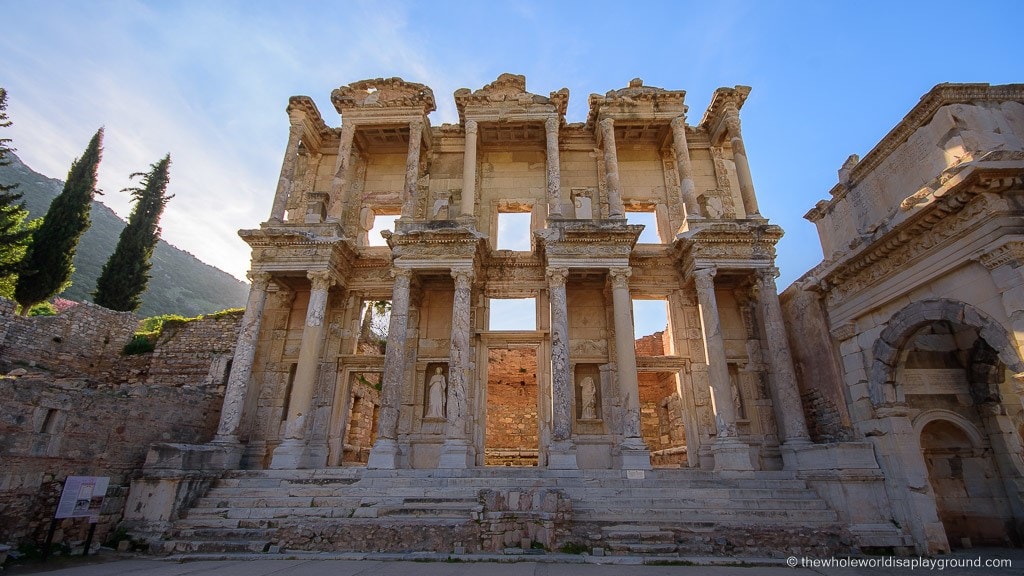 Ephesus, the Anatolian capital of antiquity, is a magnificent metropolis. This mega-ancient city, whose unique architectural works have been standing for thousands of years, has also entered the World Heritage List. The fact that the Temple of Artemis, one of the seven wonders of the ancient world, based on the tradition of the mother goddess (Kybele) of Anatolia, is also in Ephesus increases its importance. In Ephesus Ruins, mainly Hellenistic and Roman; There are symbols of high-level urbanization, architecture and religious history belonging to different civilizations. Turkey's beaches are some of the most beautiful in the world but it's not just the beaches that are protected sites. Turkey's home to stunning hot springs, some of the most remarkable mosques and religious sites and national parks full of history. The country's significance in the ancient world means that there are many Greek and Roman ruins to see too with some dating back to 129 BC.

Many Turkish People Didn't Have Surnames Until 1934. 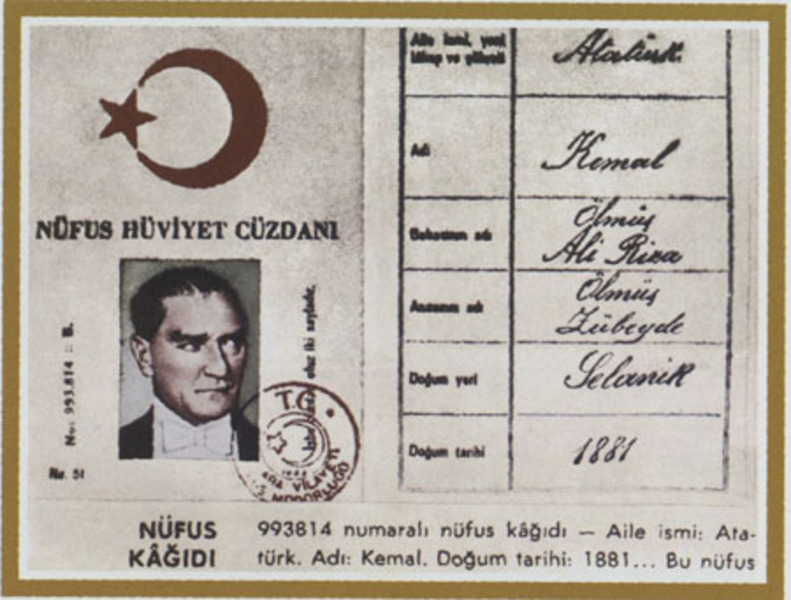 People did not have surnames during the Ottoman period. Next to the name of the person, the father's name, place of birth or height was written. This situation was causing various confusion. There were great difficulties in recruitment, school, title deeds and inheritance. Since the identity of the people could not be determined exactly, there could be some injustices. This deficiency in social relations had to be filled. Aiming to create a society with no divisions, Mustafa Kemal Pasha also dealt with this issue. The surname law was introduced in 1934 requiring all Turkish citizens to have a surname. Since 1934 citizens have used a similar system to many other countries where children take their father's surname. As of 2013 the most common surname in the country was Yılmaz.

Part Of Turkey's Coastline Was Given To Cleopatra As a Gift. 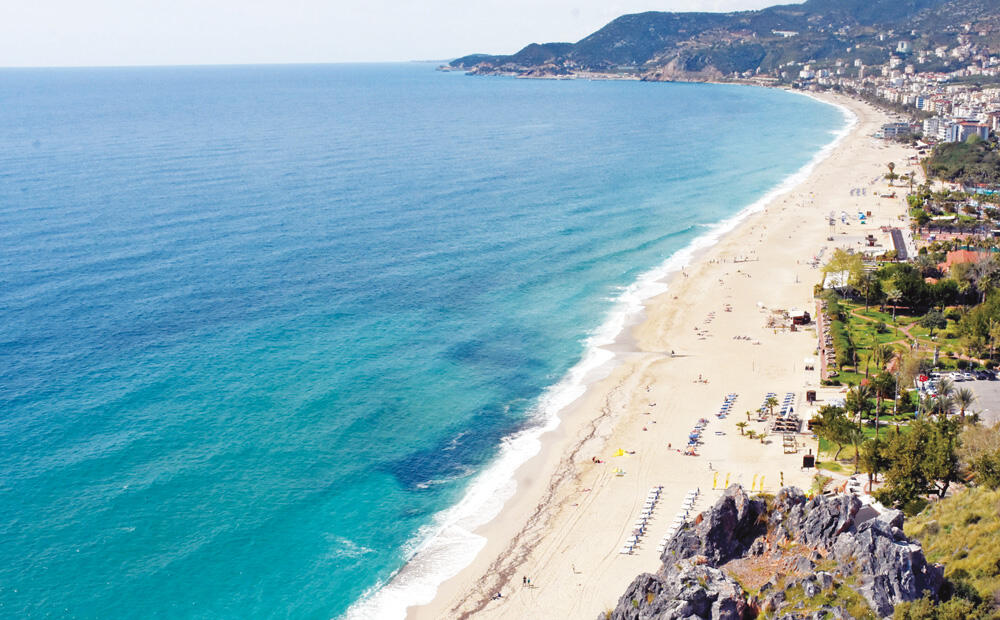 According to legend, when the Roman general Antony presented Alanya and its surroundings to the Egyptian queen Cleopatra, Cleopatra went down to Cleopatra beach every day to take a bath on the castle slope. In fact, there was a tunnel that Cleopatra used when she wanted to swim, leading directly from the castle to the beach. Cleopatra, the Egyptian Queen, stopped by Alanya every time she went out in the Mediterranean and used to swim in this beach. Nowadays you can swim in this beach which was a queen's play ground back in time.

The Fifth Most Expensive House in The World is On The Coast Of Istanbul. 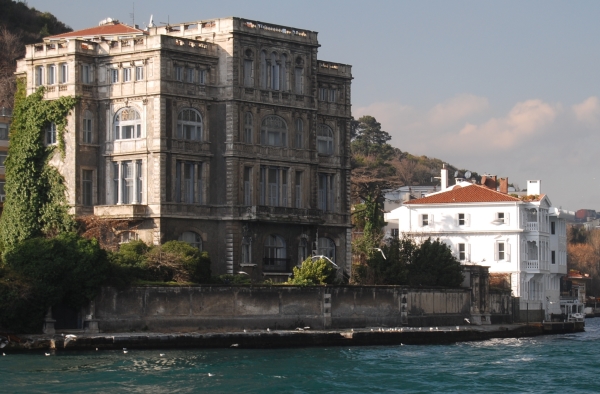 Decorated in a classic style was an appropriately east-meets-west decor. This 115 million dollar estate has its own 200 foot quay measuring 30,000 square feet in total. The 510 square meter mansion, heated by floor heating, has a total of 2 thousand 489 square meters of indoor usage area from 4 floors + basement. The ceiling height of the mansion varies according to the floors, and the floor spacing varies between 3.03 meters and 4.78 meters.  This waterfront estate has 64 rooms and is kitted out with gold sinks and crystal chandeliers. The mansion was designed by Alexandre Valeri in the mid 19th century for one of Sultan Abdulhamid the second Minister's and now it's on the market. 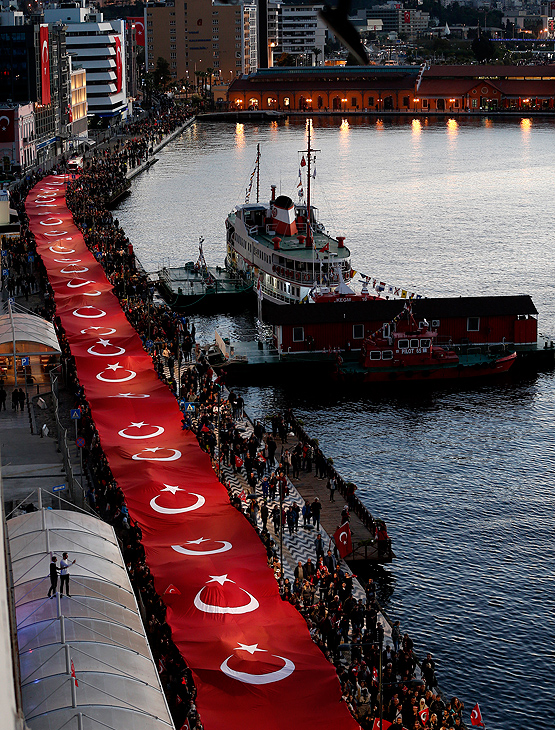 The Turkish flag has religious and national significance so it's displayed everywhere with pride. Sales of Turkish flags actually soared after the failed military coup in July 2016 with a 1.5 million sold on day one as to show loyalty to the country and the government. Turkey has a high turnout for elections with 85% voting in the last election. Showing that the population is particularly invested in the country and how it moves forward.

The Women of Turkey Won The Right To Vote Before Most European Countries. 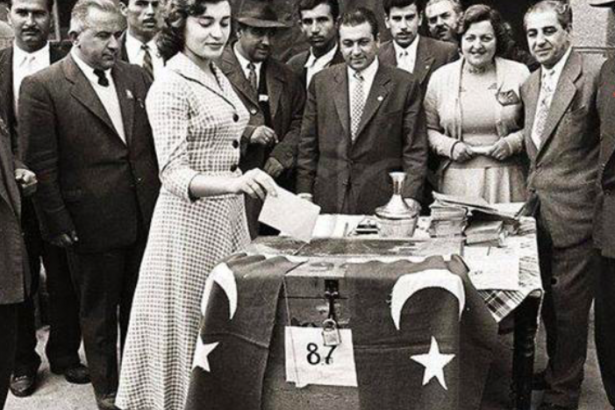 With some laws enacted since 1930, women first exercised their right to participate in Municipal Elections, to be mukhtars in villages and to be elected members in councils of elders. However, since December 5, 1934, the right to elect and be elected as a deputy has been recognized. women political rights in Turkey for the first time since September 1930 that lasted until the Municipal Elections of October 20 was used instead. Thus, it started to enter some municipal councils of Izmir and Istanbul provinces for the first time. However, with the amendment made to the Constitution and the Election Law submitted to the Turkish Grand National Assembly on December 5, 1934, the amendment proposal was accepted with the votes of all 258 deputies participating in the vote in the 317-member Parliament and women gained the right to elect and be elected. The most recent country to introduce equal voting rights was Saudi Arabia 85 years after Turkey. 4 Tips to Prepare a Quality CV or Resume!